Nonchalant ~ Our Top Theatres in London

Winter is coming…get inside, get warm, get to the theatre!

Summer has been and gone … those outdoor cinemas don’t seem so appealing in the rain and watching the sunset from a rooftop bar loses its romanticism when it’s obscured by grey clouds and your nips look like you have ice gems in your bra. But don’t worry, we have a solution. Dotted across London, hidden above pubs and inside converted warehouses, is the growing world of London Fringe theatre.

Forget the West End, with the seats no one can afford, and the shows that everyone has seen already. Why not turn up to your next house party having just seen the latest piece of new writing from today’s most exciting upcoming theatre makers? Not a bad way to impress a date either. Sooo culturrrrred daarrling.

Here are some of our favourite Fringe theatres in London at the moment and the shows we can’t wait to see: 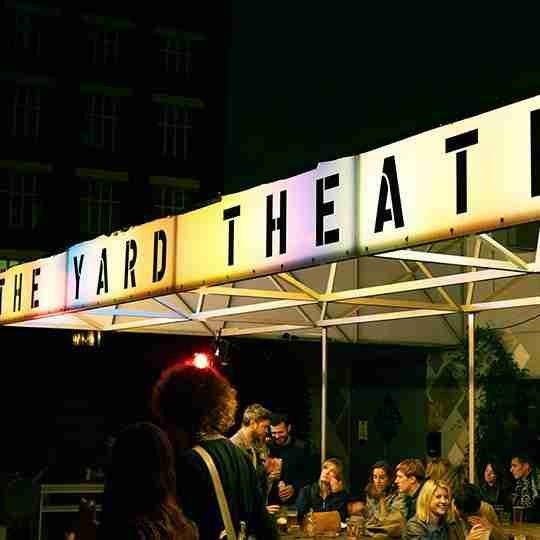 The Yard Theatre is situated in a converted warehouse in Hackney Wick (is there anything in Hackney that isn’t in a converted warehouse?) and plays host to music nights, yoga classes, art events and of course, theatre. Their ethos is telling contemporary stories in contemporary ways, combining writing with radical performance practice. Sounds exciting, doesn’t it? Plus their vegan diner-style menu crafted by The Omni Collective is worth arriving early for.

One night it’s feminist comedy, cabaret and more, the night after it’s the end of the world as we know it. Two shows, double the fun.

Tucked above the Prince Albert pub in Notting Hill, the Gate Theatre is a creative hub. It’s initial vision was to bring international classics to us Brits, this diverse approach to creating theatre has carried it through to today, and it now has a rich programme of theatre, debates and workshops. It is home to the Jerwood Young Designers Programme and is particularly known for the creative and transformative theatre designs that accompany each new play. As they say themselves, “We welcome anyone who wants to change the world.” Guess a lot of Miss World competitors go there then….

It calls itself a “rebellious adventure story”, the search for an unknown island, on a boat you don’t know how to sail, journeying to follow the dream of something else.

503 is just above the fit Latchmere pub in Battersea and is a home to new writing. It is bursting full of writing schemes, including Rapid Write Response Nights which encourage writers to write a 10 minute play in response to the current play at 503, the best of which go on to be staged. They believe in supporting new writers on every step of their creative journey, and giving new voices the chance to be heard.

Winner of the Theatre503 Playwrighting Award last year, this is a world premiere of Andrew Thompson’s newest piece. In 1969 Man lands on the moon and Sylvia meets an astronaut at a party. Over a hundred years later, her granddaughter is getting ready to land on Mars. There are astronauts, stars and remarkable women, and some of its even set in the future. It would be rude to miss it.

They present a mix of work by major and established theatre makers alongside new work by emerging companies. The Arcola also hosts Grimeborn, a festival reimagining opera classics in bold new versions. They prioritise diversity and accessibility alongside creating world-class theatre.

A story about how to write plays (handy), about murder, about prison, about family. And it’s back after winning Best Production at the 2016 Off West End awards. If you’re not persuaded yet, it’s performed inside a giant steel cage. What more could you want? 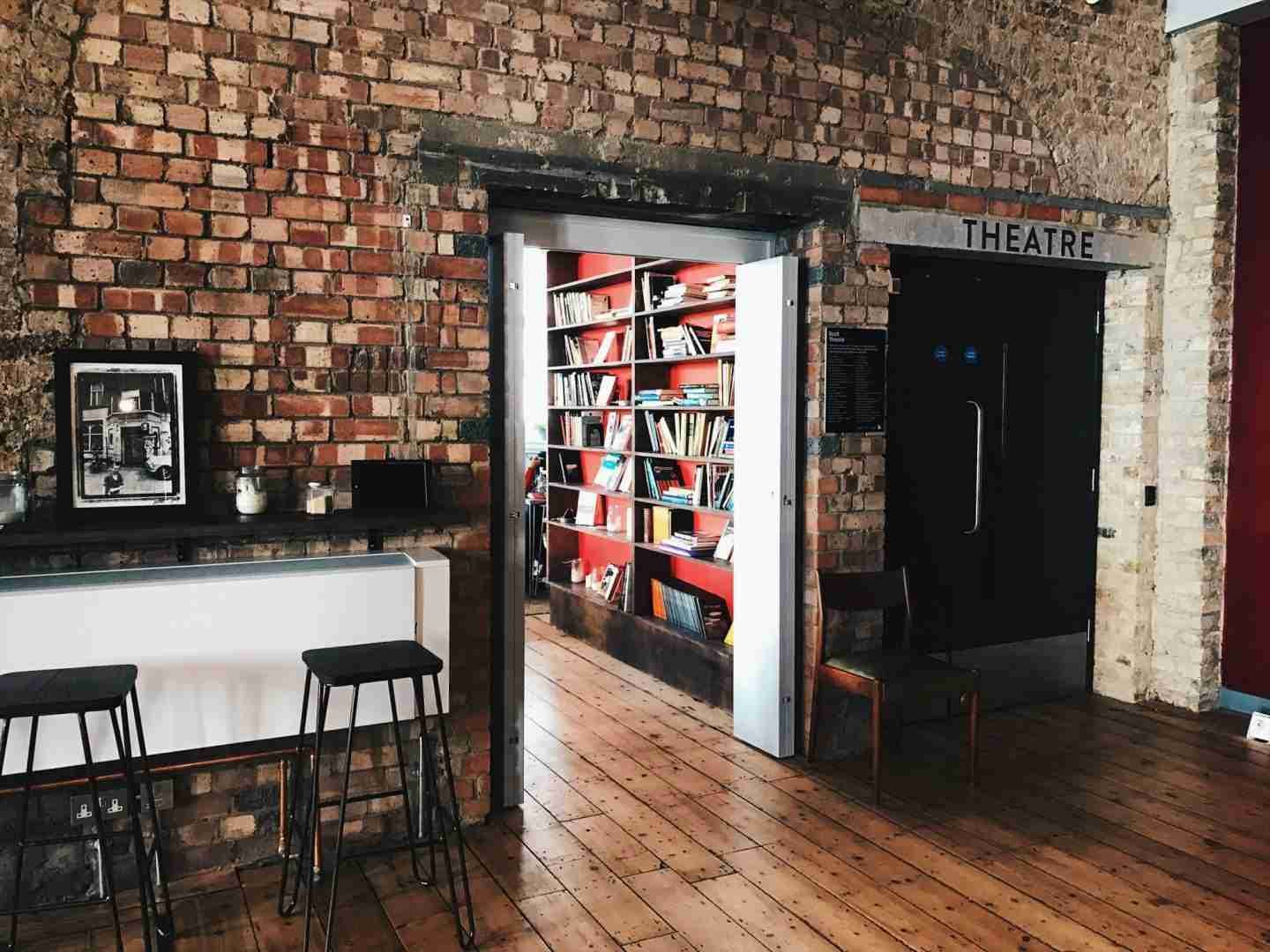 The Bush Theatre (so called because of it’s location, it’s not full of bush guys) has earned an international, that’s right INTERnational, rep for championing the work of new playwrights from the widest range of backgrounds. They have produced hundreds of premieres that entertain, move and challenge, and are currently working on making the theatre a “truly democratic space”.  We all love a democracy. There’s also a decent reading room, walls lined with books (Instagram worthy, because if you go somewhere and don’t have a picture of it on Instagram, were you really there?) so you can pretend to be cultured even if you just go there for a drank.

Ramona is 15, on a wet field trip in Scotland. She meets local boy Jim. This is a dark comic story of young love that ends in a scandal that follows Ramona for years to come, and her attempt, 15 years later, to put her life back together. 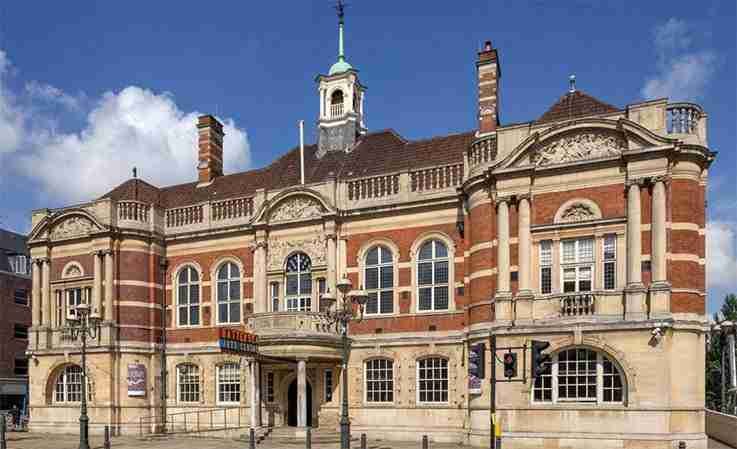 Battersea Arts Centre takes up the 80 room space of the old town hall and is filled day and night  with shows for all ages, local events and creative projects. It also holds a host of regular scratch nights where artists and companies can try out snippets of their work in front of an audience, so you can be the first to see the latest new ideas.

Mike Melody is diagnosed with a terminal illness and, at his behest, his daughter Victoria organises the funeral service he has always dreamt of. A year on, the doctors realise they have misdiagnosed Mike, but the father-daughter duo decide to go ahead with the funeral anyway. Why waste a good funeral after all? (sounds light)

So what are you waiting for? Get booking those front row seats. The theatre calls.