We catch up with DJ Alpha, one of the best house DJs the LGBTQ scene has to offer. 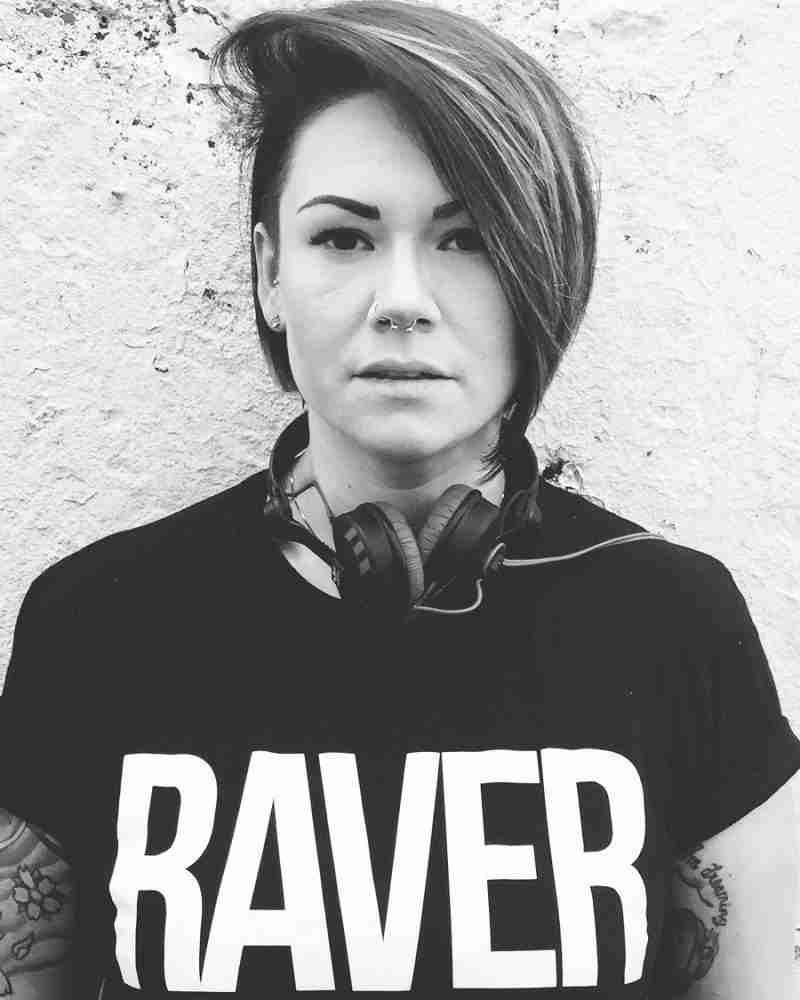 Alpha is an Irish born DJ who has been tearing up dance floors all over the UK since her debut back in summer 2009. She takes inspiration from the soul music she grew up with and the late 90’s acid house that encapsulated her throughout her teens.

Always looking for the perfect beat, DJ Alpha has played to some of Europe’s biggest cities and never fails to adapt her style for her fans. She has been resident at a number of high profile clubs and events over the years making a solid name for herself on the LGBT Scene. You would have found yourself enjoying her music at club nights such as MINT, CODE, CLIQUE, Revenge, and L-Wired, to name a few.

Over the past 7 years her sound has developed into an eclectic mix of a bouncy vocal house with an injection of old skool dance classics… her set will take you on a journey through past & present but always keep the sound fresh!  We must say, DJ Alpha knows how to keep the crowd moving until the last beat…

So what’s behind her DJ exterior? We get to know Alpha a little better in our interview below:

When did you start to learn to DJ and what inspired you to do so?
I started DJ’n back in summer 09′. I used to go to a club night called ‘Girls on Top’ every week and became known amongst the staff & DJs. The Creative Director was looking for a new female DJ to join the line-up and asked me if I wanted to be involved. Of course, I jumped at the chance!! I had to move home to Dublin for a while so she flew me over to Brighton every week for about two months to teach me. I moved back to Brighton that summer and became a resident at Club Revenge – I stayed there for about six years playing various club nights.

What style of music do you play?
Deep Vocal House – anything with a heavy bassline and a dirty cowbell.

Who are your role models and why?
Its cliché I know, but my mum has and always will be my role model. She has taught me to be strong, independent and passionate. She makes me proud every day to be her daughter.

What’s your best piece of advice for other women and girls that want to get into DJing?
Just to enjoy it. It can be a tough world working with lots of other female DJ’s vying for the attention, but as long as you keep your head high and do what you love then nothing can stop you.

If there was a magic telephone that you could call yourself when you were 15, what advice would you give?
I would tell myself – “You are going to grow up to be a strong, passionate woman who is surrounded by love – don’t worry about what people think about you” (I was quite insecure as a child, but I think most people were).

Who do you rely on the most for moral support?
My Wife – she really is my biggest supporter and has been since day one. We are a team and I’m so grateful that she encourages me to be the best DJ I can be.

What venues do you perform at?
As I am part of the L-Wired Group, I play at various high end venues all around London; Foundation Bar, The Tabaco Docks, SoHo House, Studio 68 to name a few. I have played all around Brighton with residencies in Club Revenge and Brighton Pride.

What’s the best venue you’ve performed in so far?
Oh god.. that’s difficult. I think the event I played for as Sindings Warehouse was incredible. It was an underground venue consisting of three large vaults. It was a Halloween event so the place was decorated to the nines and was completely rammed!! That was an awesome night 🙂

Do you have any lucky items or good luck rituals that you do before you play your set?
Not really… I’m a big advocate of planning my set, getting to the venue early to do a soundcheck and making sure everything is working before going on. The biggest fail I have seen DJ’s do time and time again is not prepared – it makes you look like a dick when you cant get your set right from the start.

What’s the last txt in your phone?
From my best friend thanking me for making her breakfast before work this morning 🙂

If you could have any superpower what would it be and why?
To teleport – that would be so cool.

Draw us your finest Nonchalant doodle? 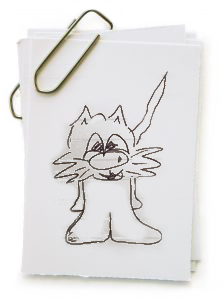 Apart from music and DJ’ing, what else do you like to do?
I also work full time as a Manager within Group Risk, so my downtime is quite limited. When I’m not working though I love to cool – turn the music up loud and dance around the kitchen – it really chills me out.

If your house was burning down and you could only save one thing, what would it be?
OMG it would have to be my cat Agent Baxter who I adore. He pretty much rules the roost in our house ha ha but I love him for it.

When did you come out and do you have a good story to go with it?
I came out when I was 22. It was a shock to my whole family but I think my friends just thought it was me being me – I was never one to conform lol.

You recently got married, congratulations – where did you and your wife meet?
Thank you :).. We met many years ago through friends but only got together in Jan 2013. We are total opposites and when our mutual friends found out we were seeing each other they couldn’t believe it. But they say opposites attract and I couldn’t imagine being with anyone else now – marriage certainly makes you feel more like one.

Do you get more attention from girls whilst DJ’ing. – how does that go down with your wife?
You definitely get attention as a DJ but its never been an issue in this relationship. Cath works on the promotions side so if anything she is in more of a position to have girls crack on with her. But we trust each other and keep our circle close.

What do you think of the Lesbian scene in London?
I think those out there putting on club nights really need a pat on the back as they are keeping our scene going. But there is room for more!! Gay & Lesbian nights are diminishing rapidly all over the country which is really sad.

Have you ever tried to impress a girl with your DJing?
Haha I don’t think so – I’m too busy concentrating on what I’m playing lol.

Have you had any fangirls?
I have lots of people who follow my sets which is so amazing. It is really humbling knowing that people like your music so much that they pay to see you perform – I am very grateful for this life.

Have you ever had a weird song request?
Haha many times!! There is nothing like playing a hard house set and being asked for the Saturdays lol.

Where can we see you play next?
This summer I will be playing mainly around Brighton and I’m so happy to announce that I’ve been booked again for this years Brighton Pride… I’ll be playing at the Women’s Dance Tent 🙂

Awesome, thanks to Alpha – see you at Brighton Pride then 🙂

If you liked this interview why not check out our other interviews? You won’t regret it!