How many Christmas movies is it deemed socially acceptable to watch during the holidays? Who cares?! Build yourselves a blanket fort and get comfortable, because we’ve created the definitive list of must watch Christmas movies.

Nothing screams Christmas joy more than some light home invasion.

Home Alone is the ultimate Christmas movie for anyone who was alive in the nineties. It tells the story of eight year old Kevin McCallister, who gets accidentally left behind when his family head off for their Christmas holiday.

Like any self-respecting eight year old without adult supervision, Kevin goes feral – eating too much sugar, raiding his Dad’s Playboy stash (bit young Kev?). But everything takes a turn when The Sticky Bandits come knocking; two burglars intent on robbing the McCallister’s fucking massive mansion. What happens next is a masterclass in ingenuity, as Kevin uses everything from an iron on a rope to the Christmas baubles to defend his home.

On the face of it, Home Alone looks like a slapstick comedy about the importance of a good home security system but really, at its heart, it’s a story of the joy that can be found with family at Christmas.

A creepy best friend and some problematic politics aside, Richard Curtis’ Love Actually is a modern Christmas classic that has now become part of an annual ritual for most people in the UK.

It’s full of iconic moments, like finding out there were two lobsters at the birth of Christ or seeing Hugh Grant dancing through the halls of 10 Downing Street. Then, just when you think it’s all weird British humour, you get the wind knocked out of you by that heartbreaking Emma Thompson scene.

If you just can’t get enough of Love Actually then you’re in luck. Just last year they revisited Curtis’ world with a special for Red Nose Day. In the meantime, you can’t go wrong with a rewatch of the original. Put on your Christmas tree lights and settle in, cause this one is going to give you all the feels.

Ok, so it’s not the most lighthearted or obvious Christmas movie in the book, but, Todd Haynes’ adaptation of the Patricia Highsmith novel, Carol, is the best lesbian Christmas film out there. It has Rooney Mara in a Santa hat…end of.

If you’re after something a bit less angsty than Carol, then we have just the thing: Will Ferrell, at his best, in Elf.

After stowing away in Santa’s sack as a baby, Buddy ends up in the North Pole and is brought up as an Elf. Thirty years on he discovers that he’s actually human and he heads off to New York City to find his real father.

Even the most cynical person can’t help but be melted by the amazement that Buddy finds in everything that crosses his path once he reaches the city. Whether that’s an angry raccoon attack or “the world’s best cup of coffee” and, whilst we can’t get on board with maple syrup on pasta, anything that suggests singing as the best way to spread Christmas cheer is alright by us.

With the shit show that is 2020 we all need a bit more pure Buddy joy. Plus, for anyone looking for a date this Christmas, the line “do you want to go eat food?” works every time.

The Nightmare before Christmas

Someone who Buddy would have gotten on with like a house on fire is Jack Skellington from Tim Burton’s The Nightmare Before Christmas.

At the start of the film we meet Jack, the Pumpkin King of Halloween Town, who he is getting bored of an everlasting Halloween. To put it bluntly, Jack is in the midst of a full-blown mid-life crisis (girl, aren’t we all). While strolling in the woods he stumbles across a door to Christmas Town and finds a whole world dedicated to Christmas.

If you like your Christmas movies with a side of gothic humour and some kick-ass animation then skip all of the above and go straight to The Nightmare Before Christmas. It’s worth it, we promise.

For all you action fans, and for anyone who wants to see Professor Snape with some dodgy facial hair, Die Hard is a must watch. Set in LA on Christmas Eve, Die Hard’s protagonist is NYPD cop John McClane. Rather than chilling with some mulled wine, McClane ends up locked in a battle with Alan Rickman’s Hans Gruber to save his wife and, ultimately, Christmas.

Considering there’s not an elf in sight and more gun touting than present giving, there’s always debate as to whether it’s a Christmas movie at all. Well, we’ve come to end that debate once and for all. It’s a Christmas movie, and a fucking good one at that.

After mistaking the sound of footsteps on his roof as the sign of an intruder, Scott Calvin accidentally kills Santa Clause, there’s a long funeral and Christmas is ruined forever. Only joking! It turns out Santa is like James Bond and when he dies there’s always someone else to take his place. As the Head Elf, Bernard, says, “You put on the suit, you’re the big guy”. So, it falls to Scott, backed-up by his son Charlie, to take up the mantle of The Santa Clause and save Christmas for millions of children all over the world.

Along the way you’ll see every festive thing you can possibly think of: reindeers, presents, elves, cheesy lines about the true meaning of Christmas. You’ll feel like you’ve been slapped in the face with a bucket full of tinsel, but in the best possible way.

The 1994 remake of the classic Miracle on 34th Street is a triumph of soft-focus cinematography. The late, great Richard Attenborough and Mara Wilson, of Matilda fame, pair up in this story of a little girl who doesn’t believe in Santa Clause and the department store Santa who might just change her mind.

We warn you, it’s schmaltzy. There’s rousing orchestral music and speeches about truth and smiles, but if you can put your eye rolls to the side for 114 minutes then we guarantee you’ll be feeling Christmassy af by the end of this one.

Of all the Christmas movies on our list, this is the most weird and wonderful. The world of Dr. Seuss is brought to life in Ron Howard’s adaptation of How The Grinch Stole Christmas.

It’s set in the town of Whoville, home to people called the Whos, that love to celebrate Christmas. On the edge of town lives The Grinch, played by a note perfect Jim Carrey, who is plotting to ruin Christmas. However, The Grinch’s plan goes off course when he stumbles across Cindy Lou who becomes obsessed with finding out more about him.

Christmas movies aside, The Grinch and Cindy Lou are a perfect example of not judging a book by its cover and the power of friendship, especially at Christmas.

Whoever said “you can’t improve on perfection” had clearly never seen The Muppets’ retelling of Charles Dickens’ A Christmas Carol.

Michael Caine takes on the role of Scrooge in this puppet filled, musical adaptation of the classic story. For those of you who don’t know, A Christmas Carol is the tale of an old guy called Scrooge who is a bit of a wanker to pretty much everyone. On Christmas Eve he is visited by ghosts of Christmas past, present and future who try to get Scrooge to see the error of his ways.

This film is that Dickens story but with tiny puppets, dressed in Victorian clothing and singing Christmas themed show tunes. Winner.

After bingeing all those Christmas movies, you’re probably going to need some fresh air and daylight. Why don’t you pack up a turkey sandwich picnic and head off on one of London’s top walks to bring all that festive cheer to the streets of the capital.

Merry Christmas from everyone here at Nonchalant xx 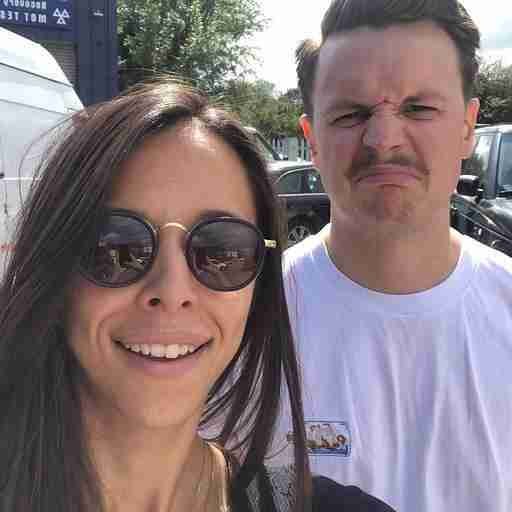 By day Maz lives in London and works in marketing, by night she’s writing for Nonchalant Magazine, and by early morning she’s in a bar making questionable life choices