This article showcases the best lesbian movies and films on Netflix and Amazon Prime and is regularly update by Team Nonchalant. Last updated January 2022.

There is a never-ending flood of hetero movies out there, but let’s be real, who wants those? If your lesbian viewing has felt a little stale since the hype of Carol, you are not alone. Thankfully, with streaming services like Netflix and Amazon Prime Video, the playing field just opened up and there is plenty of lesbian movies out there. Better still, we have watched them all and are ready to give you a rundown of the best the internet has to offer. Cocktails and popcorn, anyone?

This is one of those movies that is almost too relatable? The step up from having a crush on a straight girl is having a crush on a straight girl who reciprocates, only to realise she is – yep – straight. That is the backbone of this movies. It’s cute and indie and hard-hitting at times. If you have a soft-spot for a coming-of-age/high school drama, then this is for you. Side note: the lead actress, Dylan Gelula, was in Unbreakable Kimmy Schmidt. That is where you know her from. You’re welcome.

Isn’t Alia Shawkat just everything? Just us? Whether or not Alia Shawkat is the love of your life, Duck Butter should be on your watch list. The combination of sweet humour and sex scenes that would make your parents faint is an odd but winning success. At least for us. The characters are interesting and have actual depth, which is actually a huge success in the wider genre of lesbian movie.

Jamie and Jessie Are Not Together (Prime)

There are two very important points to make about this movie. Firstly, it opens to the sounds of Tegan and Sara. Secondly, it’s a musical. There is a particularly hilarious and amusing song about being in love with the wrong girl – relatable. This movie also tackles some new territory in that it is about two out lesbians. This is impressive because it’s refreshing to see a movie which isn’t about coming out or battling for acceptance. It’s a classic rom-com story with music and queer women. Perfect.

We had no choice but to mention this one. Definitely not a comedy, this movie is not shy about tackling faith and sexuality.

Arguably the best Rachel McAdams film since Mean Girls, there is something about the scandal that makes this film so addictive – weirdly like Mean Girls, we suppose.

It shows a different side of London, and the fact that it’s so close to home just makes it even more enjoyable. Sure, it’s not a ‘girls night and popcorn’ kind of movie, but you owe it to yourself to watch it at least once.

This movie is based around two lesbians joint bachelorette party. All is well until one admits to never having an orgasm. Awkward.

We think this may be a comedy but much of the dialogue appears to be improvised so often leads to some awkward moments which we aren’t entirely sure they should or need to be.

The characters themselves aren’t exactly likeable, one character we actually sort of liked was Helen. The other characters seem to come off as a little into themselves especially one childish/ bitchy moment between two of the characters in the morning after the group have gone out.

Ok, so we realise that this article is called the ‘BEST Lesbian Movies on Netflix and Amazon Prime’ and we haven’t exactly written the best review for this but maybe judge for yourselves, there are plenty of people out there that did enjoy it!

You only have to do a quick search to see that there is a fuck-tonne of lesbian and queer films available out there – way too much to put in one article and a good handful that are best avoided anyway. But there are a few picks that deserve a shout out if not a full-on recommendation.

Made-for-TV movie The Truth About Jane is so PG it hurts but it’s a classic, it’s good for reminiscing, and it’s on Prime. Porcupine Lake is another Prime offering that happily ticks the indie, coming-of-age box.

Finally, one more From Netflix – Bare just does everything it needs to do. It’s gritty, down-to-earth and just steamy enough that you could get away with watching it on a first date. What more could you need? 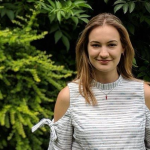 Emma is a writer, reviewer and arts marketing professional living and working in London. Travelling as much as she can, she is determined to see the world as well as write about it. She knows too much about Wes Anderson films and sharks.