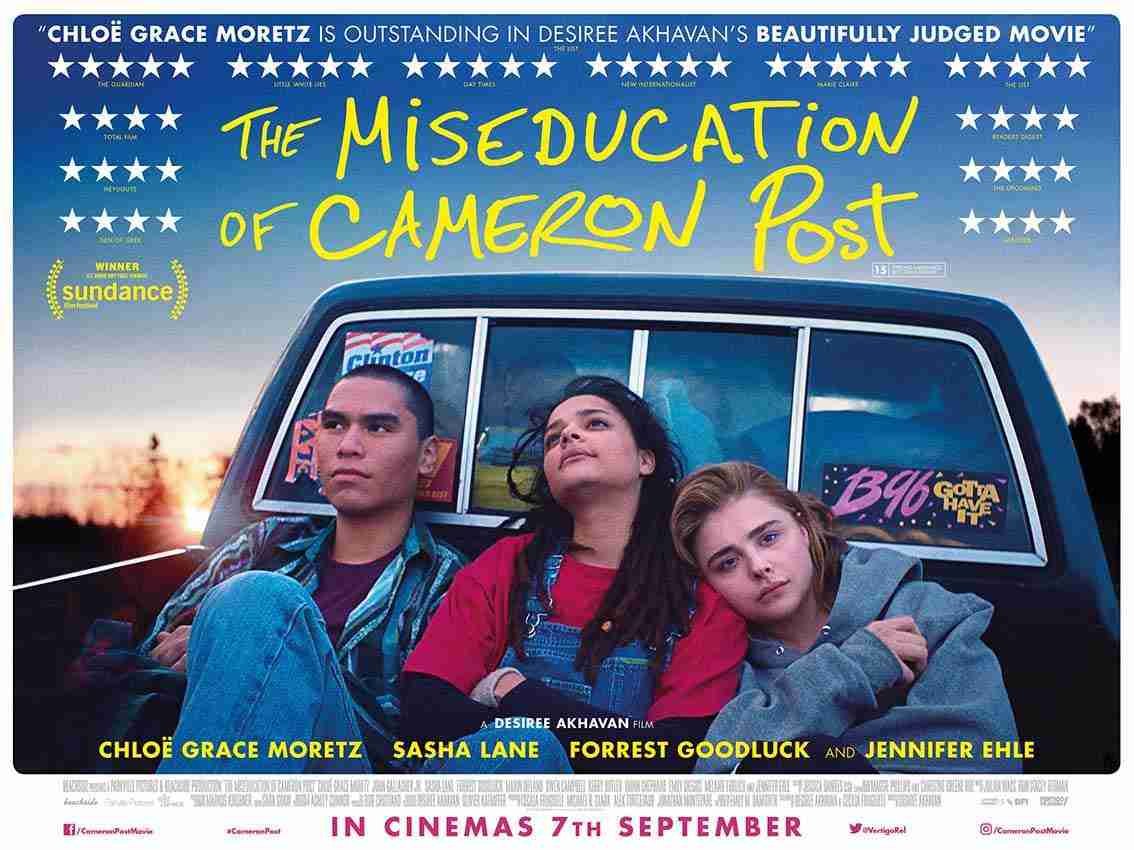 Based on the novel by Emily Danforth this is an Indie film directed by Desiree Arkhaven. Set in 1993 about a high school girl who gets caught with another girl at their high school prom… cue freak out by her family who decide to send her off to a camp where they will ‘pray the gay’ away and have to take part in other questionable practises to ‘cure’ her ?.

You may be more familiar with Chloe Grace Moretz being in teen angst films or acting in some slushy dramas, but in The Miseducation of Cameron Post, her character seems a little deeper. She’s more pensive and for much of the time it feels that you aren’t really aware of what she is thinking; there are moments where it’s not clear whether she actually believes that this may work or not. Even when she is hanging out with her two friends Jane Fonda and Adam Red Eagle, both of whom make it clear that they are just trying to get out of the camp by pretending that the ‘treatment’ works, it’s still unclear whether she really agrees with them.

This is a queer female story directed by a female (finally) who identifies as a Bisexual woman. It has the understanding of a female brain and how women love each other and (to put it bluntly) how we have sex with each other. This means there are no sex scenes that are unrealistic…(*cough* *cough* – Blue Is the Warmest Colour).

Pick up a good old fashioned paperback version below from Amazon whilst waiting for it to be released or check it out at leading cinemas this month in the UK.